After hitting its swing-high medium-term tension zone that we shared with you at the beginning of this month, crude oil turned lower, commencing its decline into its medium-term low.

Below is the early October chart that you have seen before. 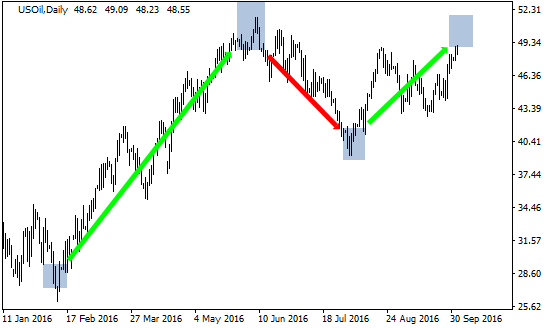 And here is the updated one showing how oil has reacted to the tension zone. 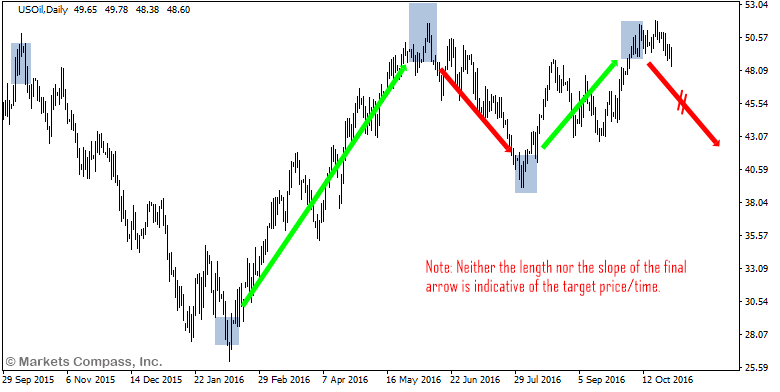 As you can see, “tension zones” are very powerful predictors of medium-term turning points in markets, and with oil leaving its last swing high tension zone, this tells us that it has officially completed its rally that commenced in early August and is now well on its way down towards its next medium-term low.

The details about the next tension zone at which crude oil should be bottoming (both in terms of price and time) is available to our medium-term subscribers. If you are interested in becoming one, you can learn more here.

Coming back to crude oil’s decline, what should further fuel this decline when the markets open in Asia tonight is that talks among OPEC members, which took place in Vienna over this weekend to work out a plan to curtail oil output, failed to achieve their desired outcome mainly due to demands from Iraq and Iran to be excluded from reduced production quotas.

Be careful though because, between now and then, the forecast shows very clearly that crude oil will be rallying into the OPEC meeting. However, not long afterwards, the Future Perceptions Indicator shows that perceptions will shift back down well into 2017.